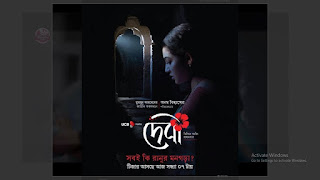 Debi (Bengali: দেবী, English: Goddess) is a 2018 Bangladeshi film. The film is based on the same named novel written by Humayun Ahmed. It is directed by Anam Biswas, starring Chanchal as the lead role Misir Ali and Jaya Ahsan as Ranu. The film is produced by Jaya Ahsan from her production house ‘C for Cinema’. It is also funded by the government of Bangladesh.