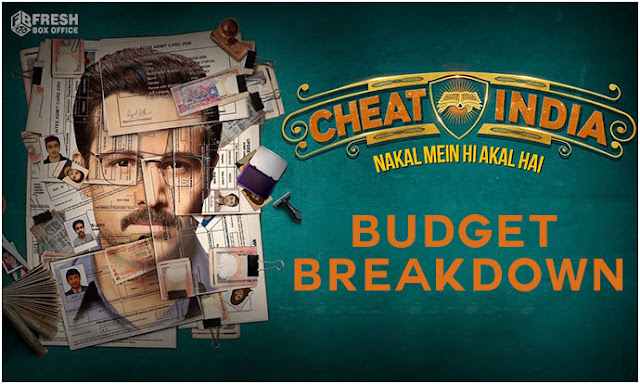 Written and directed by Soumik Sen, 'Why Cheat India', starring Emraan Hashmi and Shreya Dhanwanthary in the lead, is a film on the education system and entrance exam scams.

Emraan movies have never failed to give us chart-busters — whether it was 'Murder', 'Gangster', 'Raaz' or 'Jannat'. 'Why Cheat India' seems to follow the trend.


The first track, 'Daaru Wargi', has been composed, written and sung by Guru Randhawa, who is synonymous with popular numbers like 'Suit Suit', 'Ban Ja Rani', 'Lahore', 'High Rated Gabru' and 'Kaun Nachdi. Daaru Wargi' is already gaining popularity — it is a typical dance track, very Punjabi and big on beats. The saxophone touch is pleasant and not very Guru at all. Halfway through, the catchy number picks up pace and tempo. It will not just pull you to the floors, but keep you on your feet as well.


There are some songs that stay with you for decades and yet remain fresh. 'Dil Mein Ho Tum' is one such song, which, despite being over 30 years old, has not lost its appeal. Bappi Lahiri’s iconic melody, first composed in 1986 for the Bengali movie 'Amar Sangi', featuring Prosenjit Chatterjee and Vijeta Pandit, was later replicated in the Bollywood film 'Satyamev Jayate' (1987), featuring Vinod Khanna.


While the Bengali versions were sung by Kishore Kumar and Asha Bhosle, the Hindi ones had Bappi himself and S Janaki. Rochak Kohli and Bappi have been credited with this latest version sung by Armaan Malik. His rendition is applause worthy.

While Rochak has retained Bappi’s hook melody in his composition, he has given a completely new and contemporary take to the track. The lyrics by Manoj Muntashir and Farooq Qaiser are also new, with only the first few hook words of the original song being retained.

The next, 'Phir Mulaaqat', is a slow-paced, pensive love track composed by Kunaal-Rangon and penned by Kunaal. Jubin Nautiyal’s moody rendition is to the point. The use of harmonium, guitar strings and some interesting tabla, lends gravitas to the soundscape.

In a world of remixes and recreations, Agnee’s fun track 'Kaamyaab' is like a breath of fresh air. The lead vocalist of the band, Mohan Kannan, rocks the track while Koco Kaustubh Dhavale’s guitar skills add life to the composition. Agnee’s signature folk-rock genre gets a fresh twist with Kaamyaab. Also, Juhi Saklani’s witty lyrics tell the story of beautifully.